Skip to content
HomeA Year in a Lane – Week 16

It is always quite flattering to live somewhere that people want to come for a holiday or a just a day out in the countryside. Although there are still some that complain about tourists, by far the majority are welcoming – I’ve lost track of the number of times I’ve been stopped and asked about the history of the tower in the field next door. So it’s not unusual to see ramblers up and down the lane – this is the back end of a large group of about 50 who were passing by.

On the other hand, some prefer a walk on their own, often drawn by the folly and this picture gives some idea of the scale and size of this locally iconic building. I don’t think this solo walker brought their own sheep however despite the photo.

Further along the field, there’s time for a bit of sunbathing. You can just see a number on the back of the sheep at the top of the picture – all the adult sheep are numbered presumably for identification purposes, they certainly all look alike to me and I guess the farmer has the same problem 🙂 .

Last week I showed some of the House Martins’ nests on the eaves of the house. Across the field, you can see the rooks nests high up in the trees – most of these seem to survive the winter winds and soon they will disappear out of sight as foliage continues to grow. 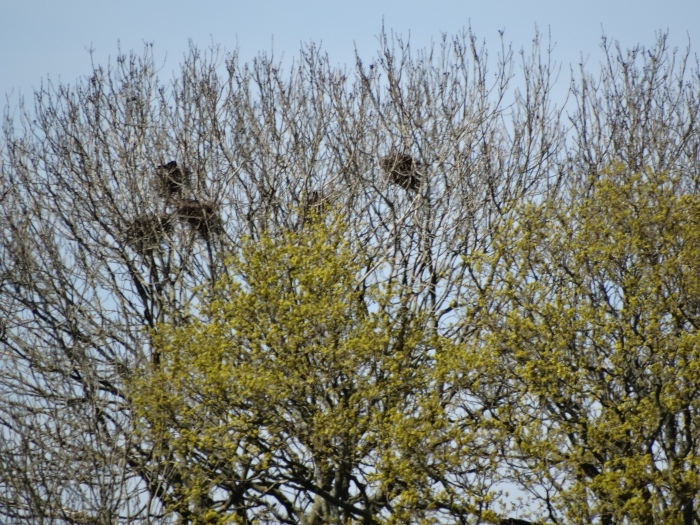 More blossom is appearing as Spring finally starts to change the appearance of the lane from green and brown to a plethora of differing colours -all of which to feature here now doubt! 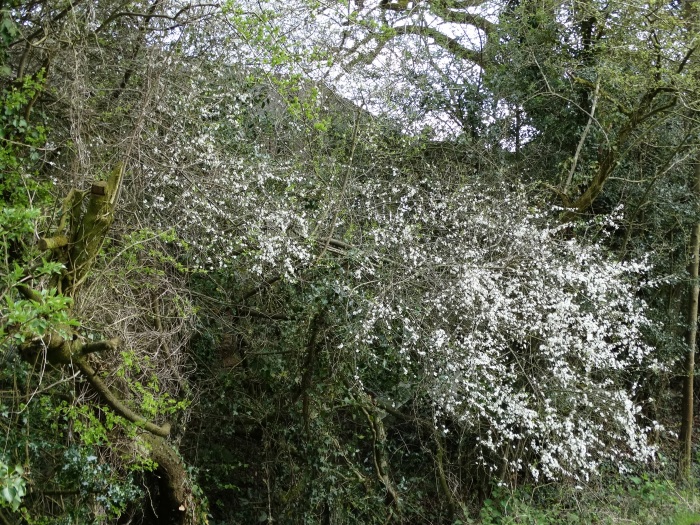