Skip to content
HomeA Year in a Lane – Week 28

I used to have two (cooking) apple trees in the garden but one had to come down to make way for a new drain and also because it had decided it might like to invade the conservatory via the roof!

Normally the remaining one only produces a crop every other year, however there are (very early, it has to be said) signs that this year could be an exception and maybe even a bumper crop.

I have had a couple of visits from the electricity board this year proposing to do some tidy up work around the various cables and boxes that pass across my land. One of the more interesting items is the switch on a pole at the far end of the paddock – pulling this down switches off the rest of the village down the hill – I have been tempted haha!! The switch is due to be replaced sometime this year. 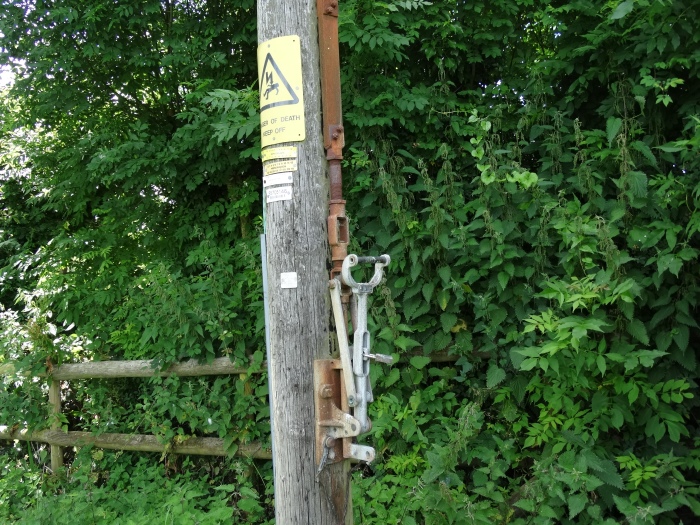 Summer’s warmth is finally beginning to break through and for some of us that means an excuse to do even less than normal and just lie around outside, although why Spooner prefers gravel to grass is anyone’s guess. 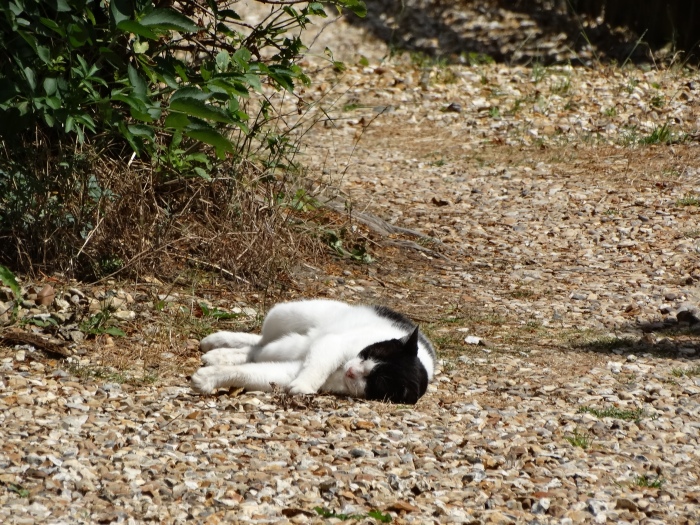 The beast of a machine below is being used to spray the field next to the house to discourage (yes, you read that correctly) grass from growing prior to the field being ploughed up. The results of this will become clear over the coming weeks. 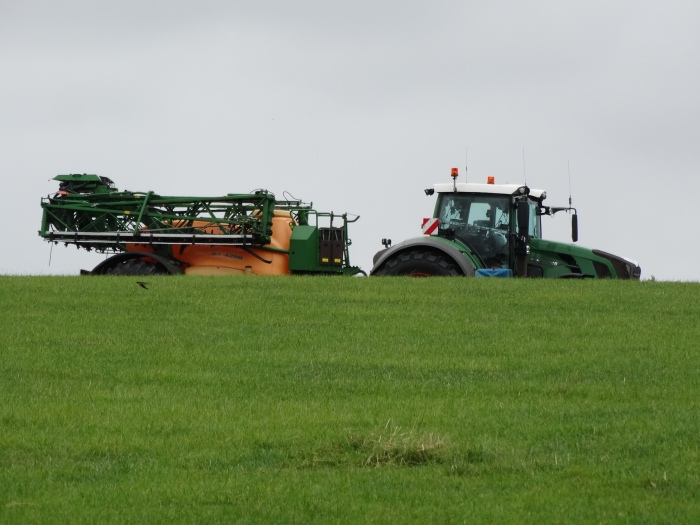 Going down towards the bottom of the lane, we can see that not all footpaths are regularly used. This one which links our lane to the next one down and then on to another village is rarely visited, except by the occasional dog walker. 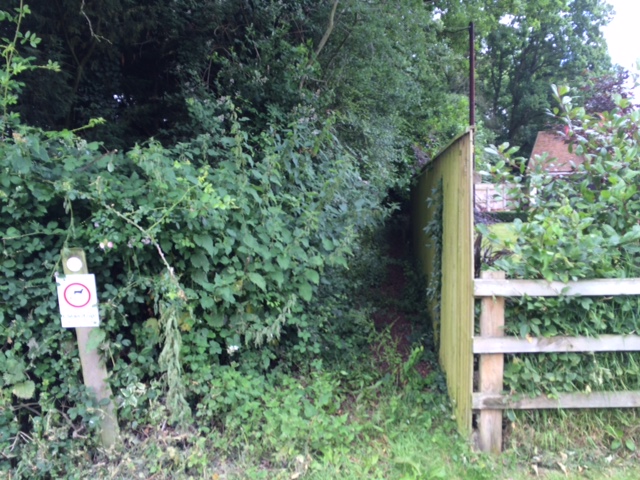