Skip to content
HomeA Year in a Lane – Week 1 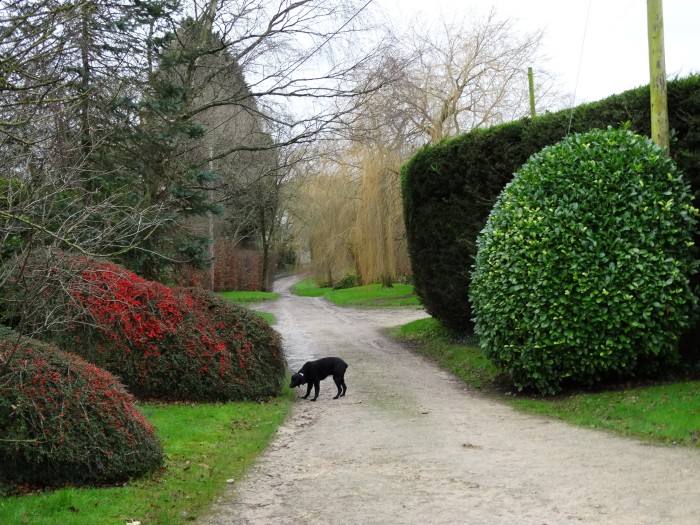 Following the mildest winter for many years, the first day of the New Year continued in the same vein – walking the dog with just a sweatshirt over a tee-shirt was enough to keep warm. Here are some views of the lane that I live on, taken from the end of my driveway. The first, above, shows a view down the lane – the curve is where the road goes past a stables where a few locals keep their horses – oh and Lottie the dog is, as I guess she will be repeatedly, standing in the frame! The second shot is back up to the end of the driveway and showing the style that carries the footpath over the fields beyond. Note the rubbish bins which my neighbour had kindly brought back up from the road – it’s a two thirds of a mile round trip to put the rubbish out for me! 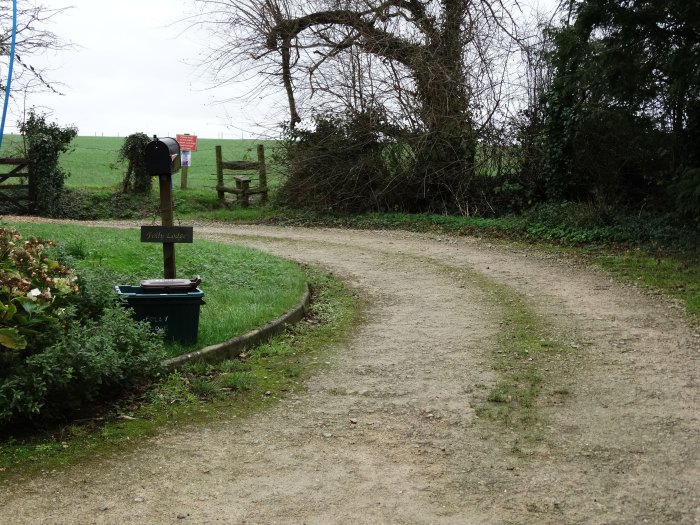 The following morning, the heavens opened and kept going for the best part of 36 hours. By Sunday (3rd) lunchtime, a (very) small idea of what people up North are experiencing became clear. It is normally not possible to see water trickling down the drain that runs alongside the driveway but that day it was a continuous torrent. 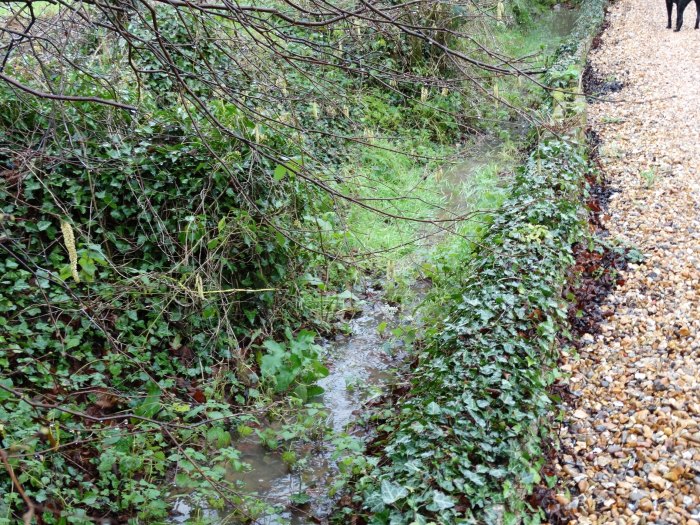 Oh and look – Lottie’s there again – getting her legs in on the act! And who would be a horse? Tommy, who lives with his mate Flash between a field on the other side of the lane and my paddock, looks suitably unimpressed by the state of the ground. 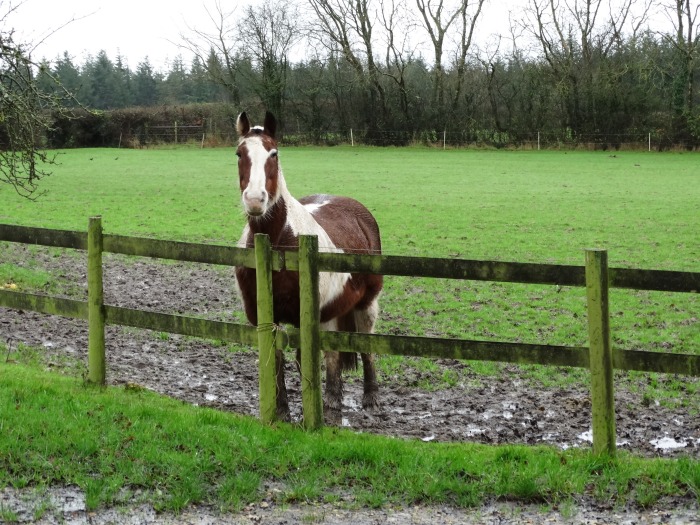 And, as a final illustration, here’s the state of the drainage ditch that runs under the lane about a third of the way down – the volume of water coming through the various feeder ditches has completely overwhelmed the culvert under the lane and flooded the verges. 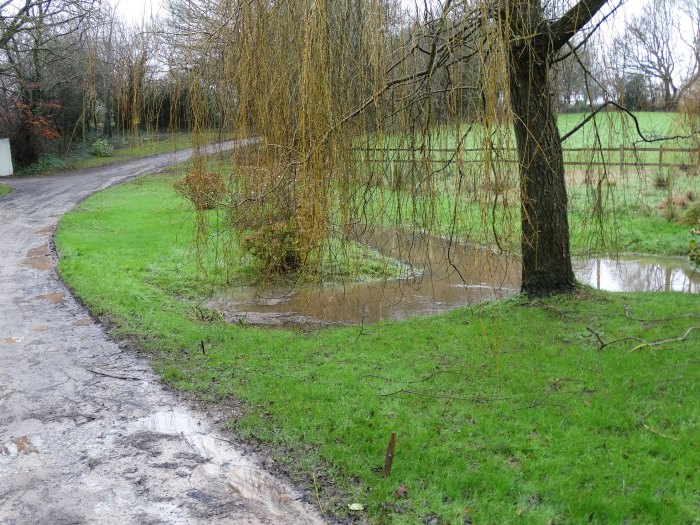 The weather people are threatening real winter next week – that would actually be a blessing – I think we would all rather have it cold and crisp than warm, wet and muddy. (Tommy certainly would!)